Cold Days, Hot Deals became an iconic McDonald’s promotion in the Eastern South Dakota region, as well as the Mountain Man commercial we produced and aired for seven years to promote it. But the time came for the Mountain Man to retire and for us to make create something new. Shot in St. Petersburg, Florida, this spot taps into every South Dakotan’s desire to flee to the tropics in the dead of winter, unless of course Cold Days, Hot Deals is going on.

Thanks to our friends at CMR Studios for the shoot and edit. 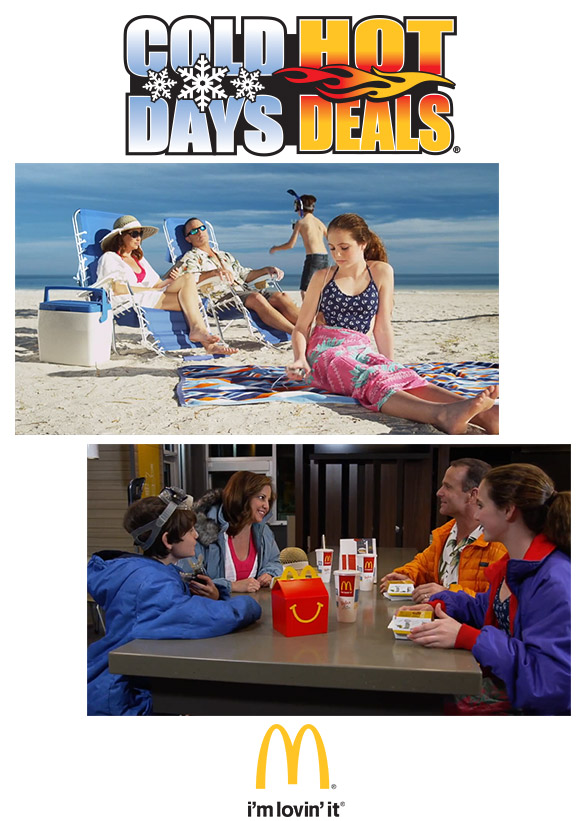 CarHop — Be A Hero

RMHC® of Siouxland — Round for the House